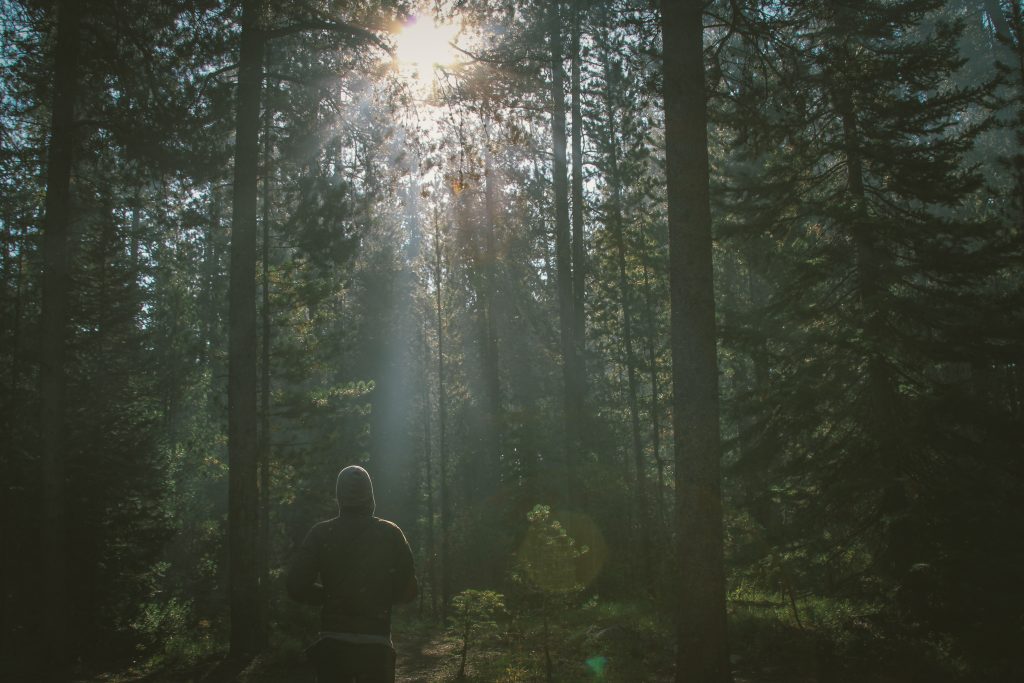 From the outside, it didn't look like a very good decision.

I had a great job at a local performing arts theatre as the Box Office Manager. I had the possibility of being trained to take over the running of this theatre or another one some day. I had a background in the arts and strong administrative skills. It looked like the perfect situation. I'd be crazy not to say ‘thank you Jesus' and keep moving forward in it, right?

I left my job.

Now before we go any further, I want to be clear about something. I didn't go into my boss' office one day and say, ‘Peace out, nice knowing you. Thanks for the job. I'm outta here.' (Not that you could ever really see me talking like that anyway, right?! Haha!)

First, I spent a long time thinking and praying about my decision. Now, I wasn't making a lot of money there, and it had become essentially a full-time job with part-time pay. BUT we were living meal-to-meal and needed every penny I was bringing in. I also consulted with my husband since this would affect him too.

Second, I gave my boss lots of notice. I'd been very upfront from the beginning that working at the theatre wasn't my long-term calling, but I was there for as long as I could and I'd give it my all while I was. When I did make the decision, because of the amount of responsibility I had, I gave her way more than 2 weeks notice. It was important to me I left well, and I didn't want to leave them in any sort of a lurch. I tied up loose ends, passed on information to whoever needed it and trained others for my tasks before I left.

It was still a risk, but a thought-out, well-planned one. I kept in mind everyone it affected as best as I could (while still moving forward with what God wanted me to).

I realize it may have seemed crazy, like I was throwing away a great career and putting my family at risk.

The truth was I HAD to leave. At least I did, IF I wanted to keep moving forward in my calling.

I'd been running a non-profit as well, and it was getting to the point where opportunities were increasing and trying to do both things was just plain too much.

I realized I was at a crossroads and had to choose.

I could stay with what was comfortable and predictable and safe. Or I could do what I knew deep down had to be done and focus full-time on the non-profit.

I knew there was risk.

But there's also a risk of getting to the end of your life and not doing all you knew you were supposed to do. THAT risk was scarier than not having money to buy groceries.

I also believed (and still do)…

Our provision is found in our destiny.

I believed it so much, I stood in front of a group of ministry school students and told them the same.

I had just given official notice at work and I had been scheduled to speak to them on supernatural provision (I've seen some crazy, amazing provision in my life). I declared to them my provision was in my destiny and I believed it would all work out for me and for them!

I'll be honest. It was scary. If I'd missed it, it would now be public.

But I really believed it would work out.

Two weeks after my decision, my husband got a HUGE promotion at work. He'd been working faithfully at a help desk for four years. The job was way below his skill level, but it was a job he got when we were desperate for financial breakthrough. We'd been house-less for eleven months after the economy crashed not long after we moved to America from Northern Ireland. The job had been a total God-send. And my husband was faithful with what he'd been given.

He was promoted from help desk to a Network Engineer. The jump was so unusual and so great it had to be approved by a V.P. in the company!

His raise nearly covered what I'd been making at the theatre!

It was a win-win all round.

Daniel loves his job (he's now Senior Network Administrator, Team Lead and loving his job more and more every day), and I was free to pursue all God had for me without any financial pressure at all.

As I stepped into my destiny, God provided.

I believe He can and will do the same for you.

People often say to me they can't go after this dream or that dream because they don't know how they will eat and pay their bills.

I'm not saying to be stupid, but I would love for you to consider this…

If you're ready, ask God this… ‘what's one step I can take with you today?'

I am a Creative World-Changer. You are too.